The original house was built in 1856 for McDonald (or McDonnell) family on slightly elevated, landscaped grounds overlooking the River Slaney estuary. While not a protected structure, this building is of architectural, artistic, historical and social interest and is listed in the National Inventory of Architectural Heritage Reg. No. 15703773, with a Rating of Regional. Prior to the current redevelopment it consisted of an original two-storey house on a T-shaped plan with substantial 1980’s and 1990’s two- and single-storey extensions, a yard and extensive stone outbuildings.

The development involved the demolition of part of the late 20th century extensions which were of no historical merit and replacement with a more appropriate and aesthetically pleasing extension on the north east side of the house retaining the existing two-storey scale of the building and ensuring that the existing ridge height and slope of the roof were maintained. It is in keeping with the architectural style of the building and appropriate in terms of materiality as well as the quality of detailing. Based on the respect for the original design, the new extension features a similar fenestration type maintaining the graduated visual impression, continued cut-granite sill course on the first floor and eaves with dentil consoles.

The second extension is located on south east side of the house. It does not directly interfere with or damage the historic fabric as it is attached to the 1990’s extension. The contemporary design and the presence of very diverse and contrasting materials complement and add modern value to the structure and its surroundings. The design also illustrates the complex harmony between the old and the new. Similar to the original house, the  extension is strategically aligned to maximise the panoramic view of the River Slaney and the terrace features a granite string course and granite steps similar to the existing. 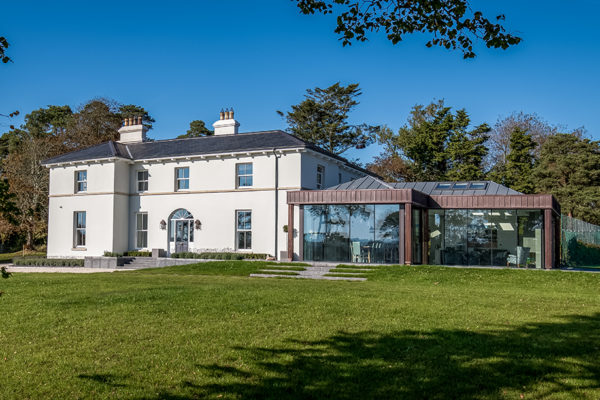 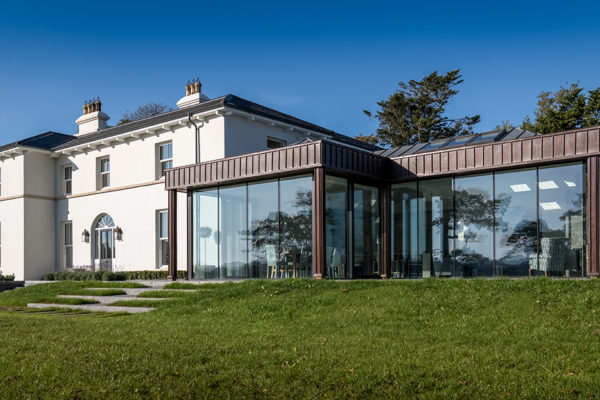 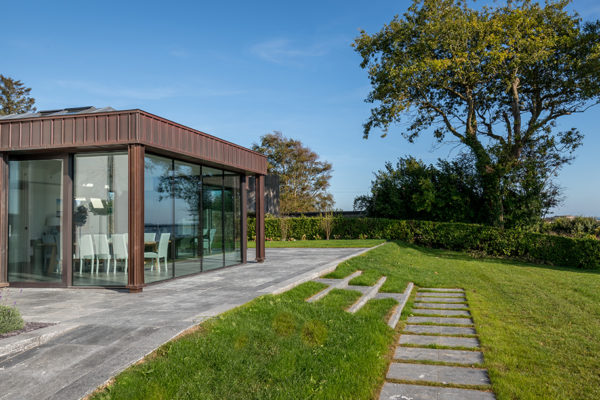 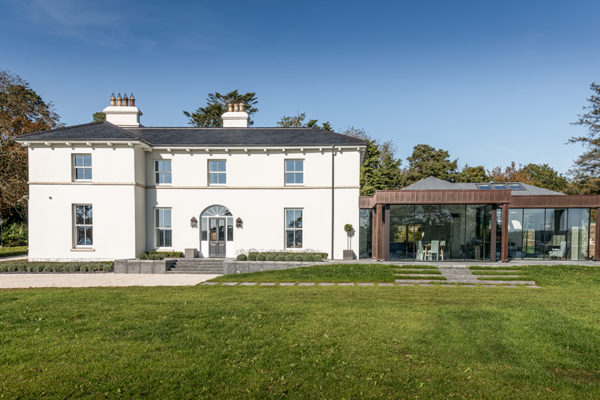 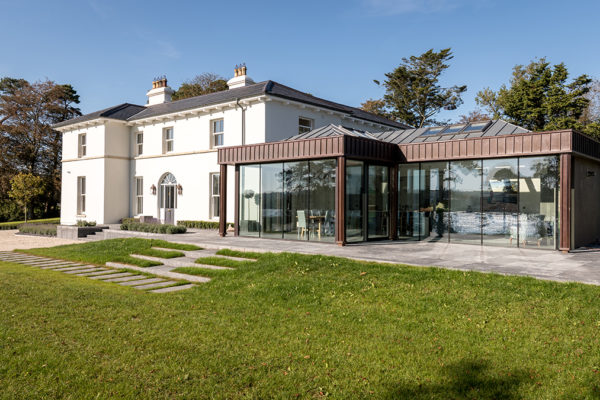 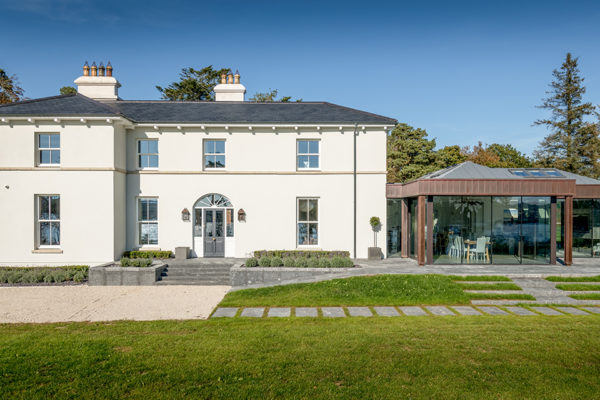 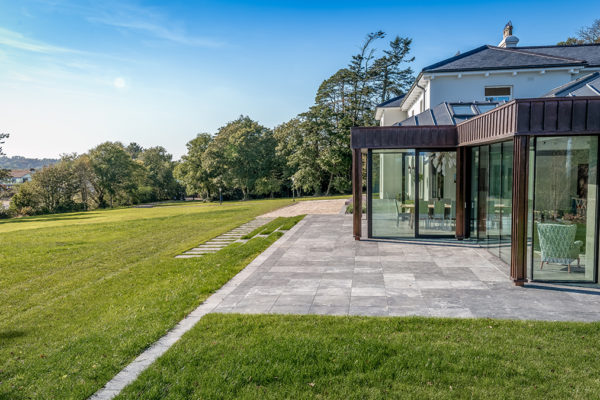 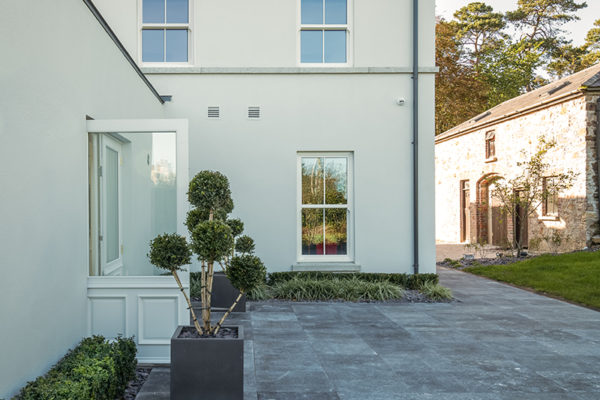 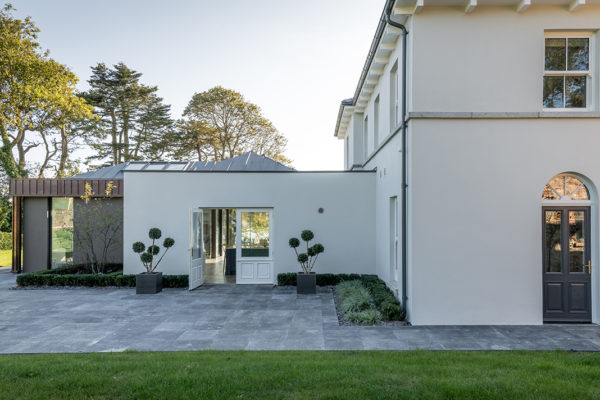 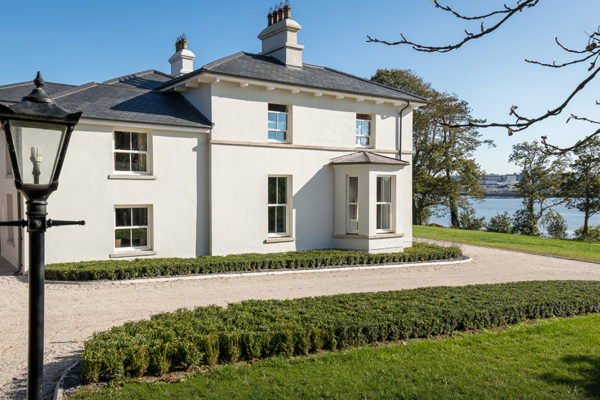 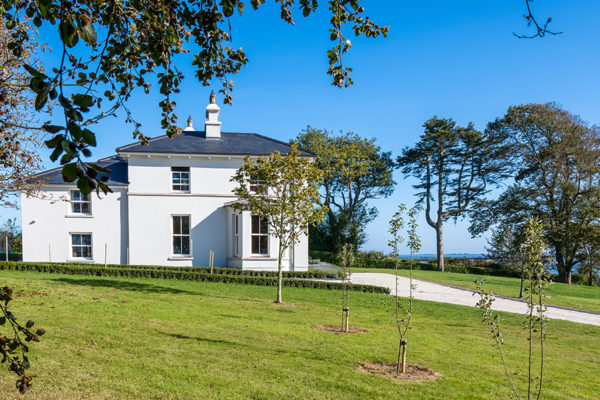 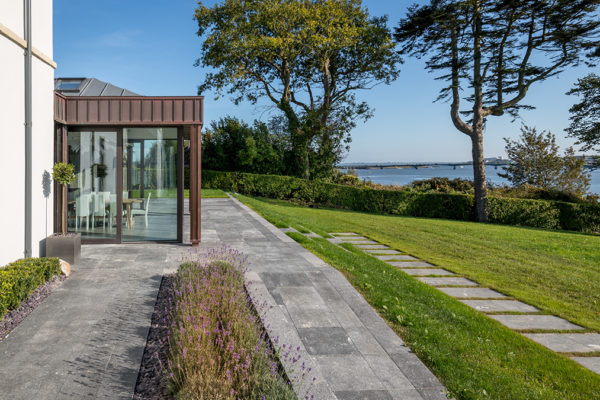 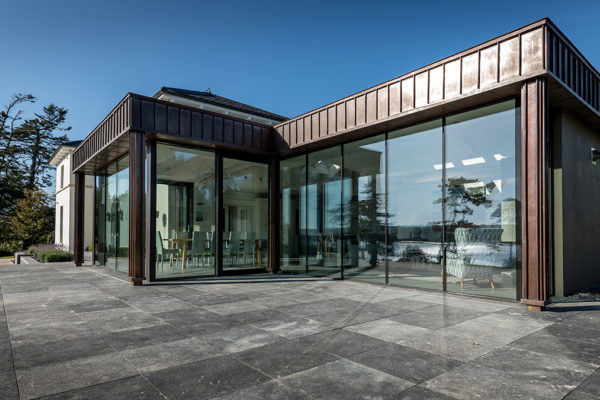 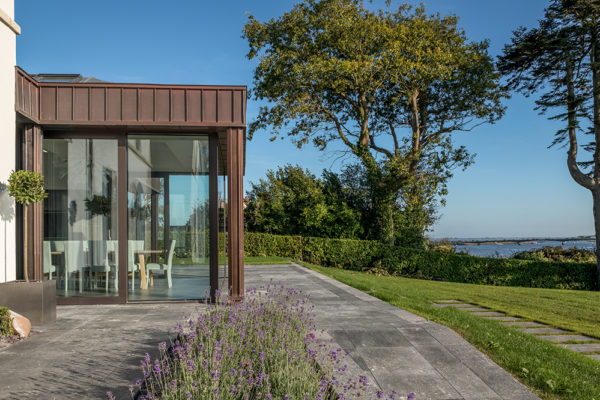 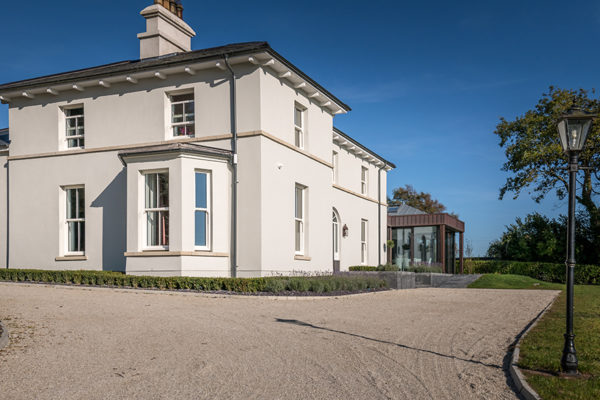 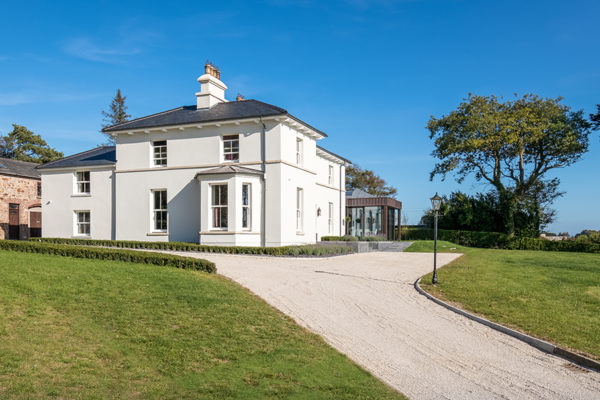 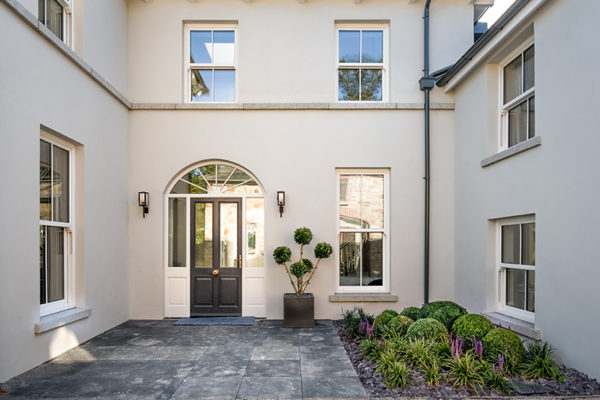 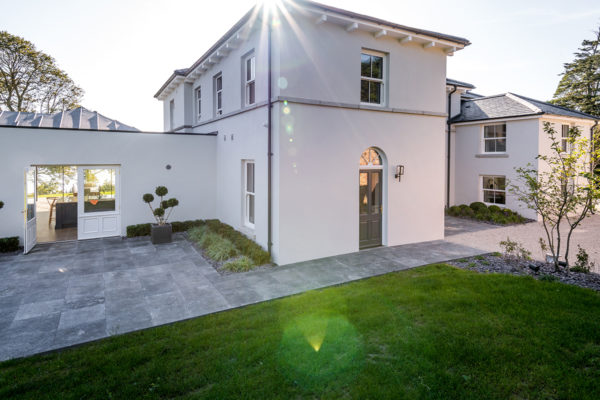 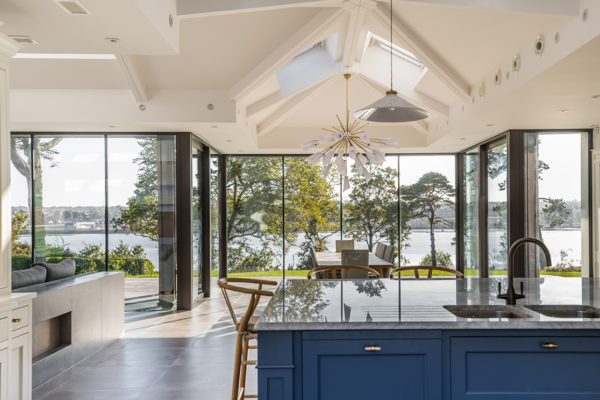 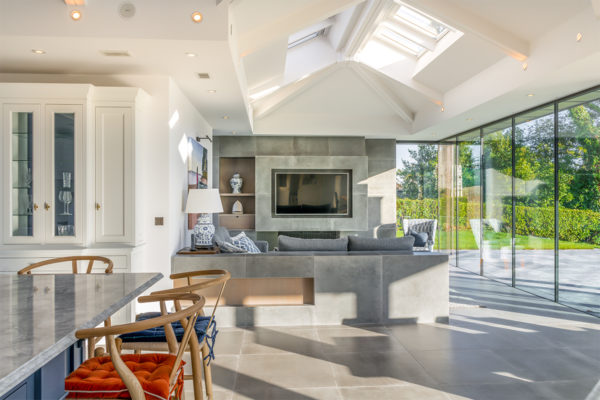 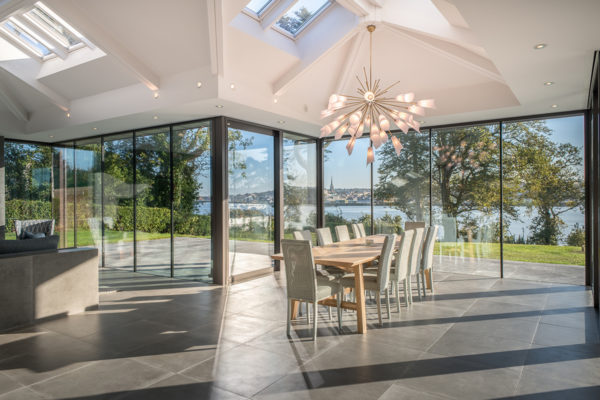 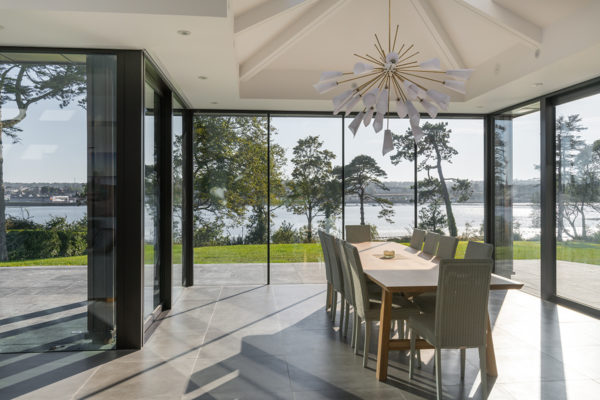 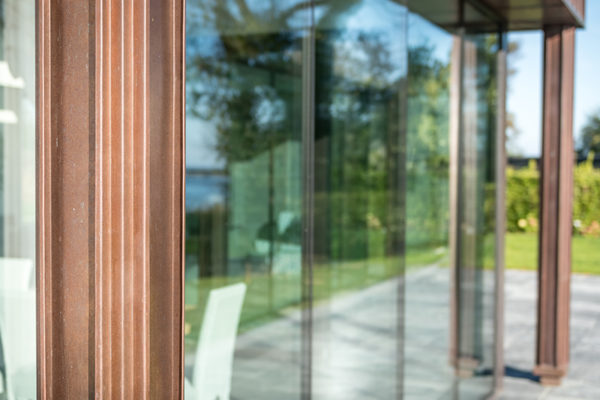 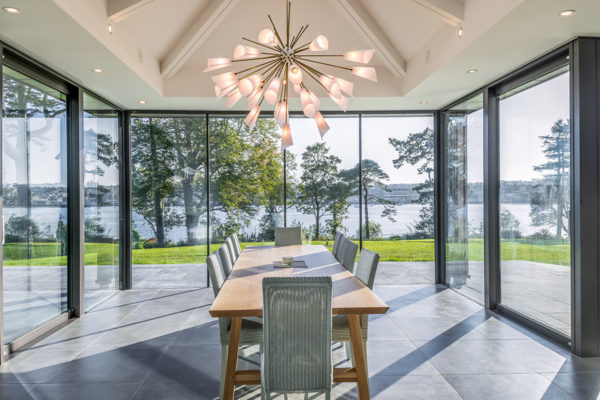 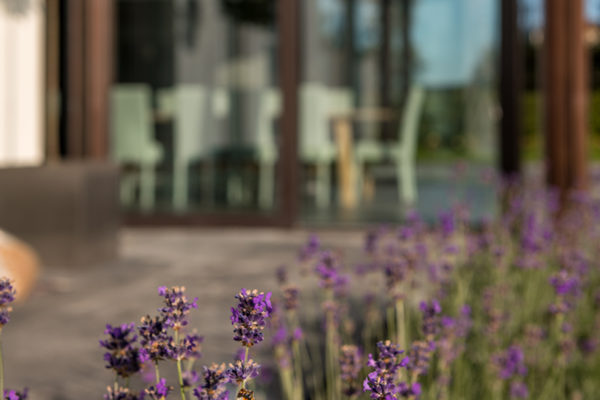 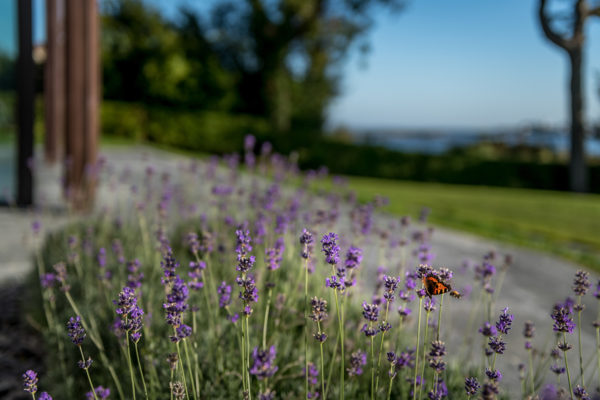 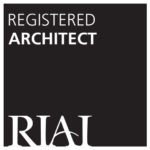